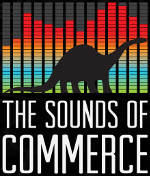 While working at Oracle+Bronto I had a volunteer opportunity to co-lead the "Sounds Of Commerce" installation — a concept project to turn some of our tracking data in to music via MIDI. I wrote a blog post about that so I won't go into details here:
http://blog.bronto.com/engineering/the-making-of-moogfest-2017-how-bronto-transformed-data-into-music/

What I would like to mention about it is how fun it was, what a great learning experience it was, and that I got to work with some really bright people who helped a lot with various aspects of the project! I may publish a YouTube video about how I designed and built the MIDI controllers seen below in the pictures.

I took raw, anonymized tracking data and turned it into a variety of MIDI files. I handed that to my partner who then used Ableton Live to orchestrate an interactive audio-visual experience that people ended up having a lot of fun with! 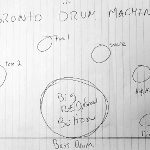 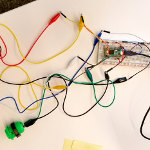 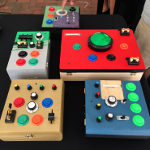 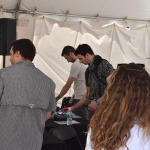 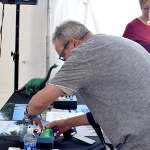 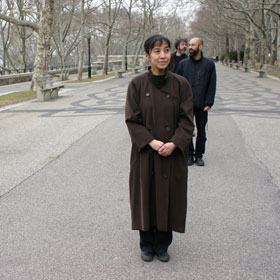 Secret Orchestra is an original music group I started in 2007 after the trio had already played together as a rhythm section in various other projects. It became apparent that we had a connection and shared some similar musical ideas. However, we also brought our very different backgrounds into the mix creating a strong dynamic and a wide spectrum of musical space to play in. Although I am the “leader” of the group and write a lot of the music, I am the youngest member and sometimes defer to the knowledge and experience of my elder band mates. Yuko contributes original compositions, as well, and we all contribute to arrangements and aesthetics when appropriate. Furthermore, improvisation is at the center of their music, leaving all of us open to create our own parts or to work within the composer’s guidelines. Through a mix of composition and improvisation the overall musical aesthetic is grounded in a sense of direction and an exploration of colors, textures, silence, and rhythmic and melodic structures.

One of our strongest ideas is to stay true to the spirit of any given piece, whether composed or improvised. Furthermore, we try to avoid sounding the same from piece to piece and strive to push the boundaries of accepted “avant-garde” techniques, while still using those same techniques as a foundation or starting point. In a time where profitability trumps creativity in the music business, Secret Orchestra works hard to develop a unique and identifiable sound.

A wonderful group conceived and lead by Jason Kao Hwang. Known as "conduction", Spontaneous River is a blend of composition and improvisation where various bits of composed music are woven together spontaneously by the conductor (Jason). Consequently, every performance is a little different. It was both an honor and a pleasure to be asked to be a player for the recording and performances of Jason's music. Jason is a veteran of the creative music scene in NYC and you have probably heard some of his music as he has written soundtracks for a wide variety of television, advertising and film over the past 30 years.

Moreover, I also had the honor of playing alongside of some luminaries of the Jazz world, most notably Henry Grimes. Be sure to check out the footage of the recording session for the album on YouTube:
http://www.youtube.com/watch?v=iKch6kft2ZY.
Reviews are here. 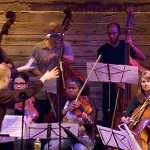 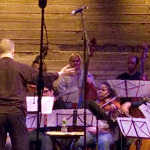 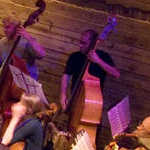 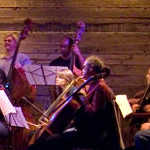 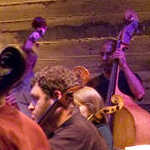 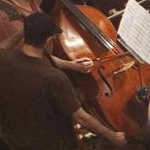 The organizers could not find 50 actual violins. So they filled the space with basses and cellos. Not only was I able to be directed by Billy Bang, but I got to work with a lot of great NYC musicians including Reggie Workman, Ken Filliano, Jason Hwang, Ruben Radding and many more!

Unfortunately, the occassion was celebrating the passing of the great Leroy Jenkins. We played Billy Bang's arrangement of Leroy's classic New York. 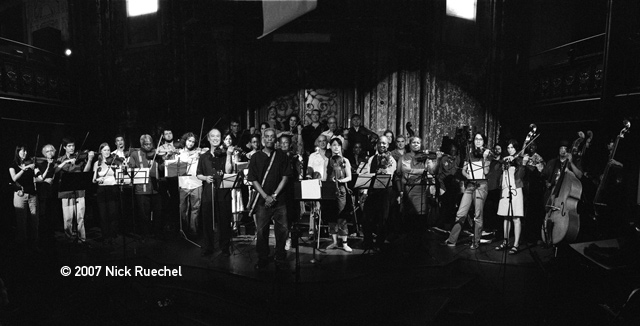 Bobby came in as an artist in residence at Hallwalls Contemporary Arts Center to do his arrangements of select tracks from Miles Davis's Bitches Brew and In A Silent Way. I was fortunate to have been chosen as one of two bass players. 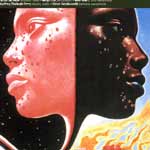 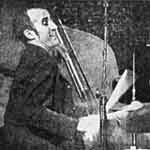 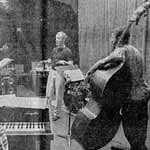 Elavation was a creation of Brian Wantuch, Clinton Ours and Ben Levitt. I joined the band later on and we played together for about two years. We had fun and played some great gigs. We played a variety of original and cover material and were basically a party band. We liked high energy, tight grooves and played a lot of funk and R&B.

Eulipion was a phenomenon and brainchild of mutli-instrumentalist Steve Baczkowski. I joined the band after they had already been playing around for a while. As groups go sometimes, a lot of young buffalo musicians came through and shared in the experience of Eulipion.

I was in the group for almost 2 years and we had a weekly resndency at Tim's Rendzvous in Buffalo, NY on Wednesday nights. We played that for about 1 1/2 years and really developed a strong following.

Of course we did some other shows as well which you can see below. We also backed up Bobby Previte and his Voodoo Orchestra West.

Jazzopetry is a community-oriented Spoken Word and Live Music event that I co-created with my partner Erica Williamson. I expressed the musical side, while Ms. Williamson expressed the poetic side. The main idea of the event was to challenge the poetic and musical communities to come out and share their works in a new and spontaneous way, or just free-style.

As poetry slams became more popular, we began hearing from some poets that they felt like some of the fun was taken out of the slam because of the competitiveness. We wanted to offer an alternative event that was open to the community and directly involved them.

Consequently, we created an event where poets and musicians (and later on, dancers) could come and just have some fun, but still maintain a "show" type of atmosphere. The mic was always open and what we did was improvise music to people's poetry. Sometimes it worked and sometimes it didn't. But despite what some people thought, that itself was the point.

Jazzopetry was a multi-fold project with many goals. In addition to the community involvement and interaction, we also wanted to show people that, despite a variety of cultural and ethinc backgrounds, we could still come together and just have fun!

1975: An Underground Epic. A thin line between poetry and hip-hop.

In May and June of 2002 I played bass for 12 performances of Aqiyl Thomas' play 1975: An Underground Epic; A thin line bewteen poetry and hip-hop

We did performances in Woodstock, NY at the Bearsville Theater and in Buffalo, NY at the Kavinoky Theater. I was commissioned to write 1 piece for the play.

Check out some press clips: (there's actuallty a mis-print in the review saying that I was in the The Waz. Although I did play with David a while back I was never actually in the band. If you're at all intimately familiar with The Waz and know who the REAL bass player was, it's actually pretty funny and was the "talk of the scene" for a bit.)

These are random clippings and other such memorabilia from a variety of performances and/or productions I have had the great fortune to be a part of over the years.